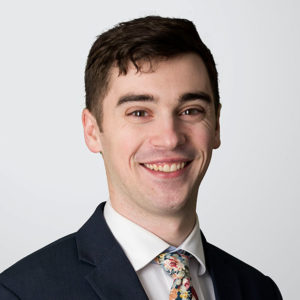 When I left Tallahassee to attend Harvard Law School I was repeatedly told that I would never return to my hometown, that instead I would be drawn to the opportunities and allure of the “big city.” I was met with skepticism when I stated, with conviction, that I would be coming back to Tallahassee after graduation.

Likewise, my law school peers were equally in disbelief when I announced that I had accepted a job offer in Tallahassee. They had secured positions in major metropolitan cities all across the country – San Francisco, New York City, Washington, D.C., Chicago, and the like. Similar opportunities had been presented to me, and for many it was hard to understand why I wouldn’t choose to begin my career in one of these legal-world meccas.

But for me, there was no hesitation. Tallahassee was the obvious best choice then, and two years later I stand by that decision. Even still, I often get asked: “Why Tallahassee?”

Foremost, I love Tallahassee; it is an amazing community filled with people who seek positive change and genuinely care about the lives of others. It is not that Tallahassee has shirked the fast-pace of the big city, but it is that people here understand the benefits of living and acting with intention. They more fully understand the term “community.” People here have a sense of pride in our home, all while recognizing that good can always be better, constantly seeking out opportunities for progress. There is an understanding of the need for balance – the importance of family, friends and neighbors; in other words, community. People largely recognize that we are all in this together; we rise and fall as one. We don’t talk about a New York City or San Francisco as a singular “community,” and that is what makes Tallahassee unique. It is not just a city, but it really is, in the truest sense of the word, a community.

Additionally, the opportunity to positively impact my city early in my career served as a significant draw to return home. Tallahassee is a place where if you have a desire to help, people will put you to work. While my friends across the country have encountered difficulties finding roles to create meaningful change in their communities, Tallahassee has welcomed my interests with open arms. In just two years, I have been fortunate to find multiple opportunities, such as serving as a “community catalyst” with KCCI, helping to shape economic development in Tallahassee. I participate on the advisory board for Access Tallahassee, and have been appointed by the Leon County Commission to serve on the Advisory Committee for Quality Growth. Furthermore, I’ve been able to volunteer time on pro-bono legal efforts for the Tallahassee Legal Aid Foundation. One could ask, “How many other communities would allow a twenty-six year old to have a seat at so many tables to effectuate change?” Talking with my peers, the answer is incredibly few. Clearly, Tallahassee is an anomaly in that field.

By the same token, Tallahassee is growing, both in terms of population and as a center for intellectual industry. This really cannot be understated, and many other cities across our nation cannot say the same. Growth provides opportunity for improvement, and Tallahassee is an exciting community to participate in such change. Tallahassee possesses unique assets, such as the numerous institutions of higher education, as well as platforms for research like the National High Magnetic Field Laboratory. With this comes natural partnerships for entrepreneurialism and related forums for creative governance and problem-solving.

At the same time, Tallahassee faces unique challenges. Although it is recognized as one of the most educated populations in the nation, it simultaneously faces significant socioeconomic disparity. Personally, I see solutions through utilization of our existing assets. Tallahassee has the potential to leverage our current intellectual resources along with opportunities for business growth to be able to effectively address issues of crime, poverty, and educational gaps across our population. Expanding our economic footprint has the potential to help people all across the community, especially those who find themselves in our highest risk groups. Tallahassee is at its best when it sees itself as a whole and not as component parts.

At the end of the day, simply put, I love Tallahassee. There is no other town I would want to be a part of; Tallahassee is, and will forever be, home. It is the place where I see the opportunity to do the most good, while being an active part of a generous, tight-knit community. So when the question arises “Why Tallahassee?” I can only laugh and think to myself why on earth would I choose anywhere else?